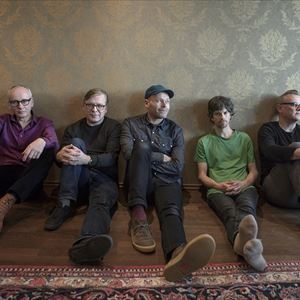 Teenage Fanclub are an alternative rock band from Bellshill, Scotland. The band is composed of Norman Blake (vocals, guitar), Raymond McGinley (vocals, lead guitar), Gerard Love (vocals, bass) and Francis MacDonald (drums), with songwriting duties shared equally among Blake, McGinley and Love. In concert, the band usually alternate among the three songwriters (who all sing lead vocals on their own songs) giving equal playing time to each one's songs. The band's sound relies heavily on chiming, Byrds-esque guitars and harmony vocals. As well as being compared to the Byrds, Teenage Fanclub have also been compared to Big Star, Neil Young, and Dinosaur Jr. Although often pegged as alternative rock, the group has incorporated a wide variety of elements from various music styles in its songs. Teenage Fanclub has had a succession of drummers, including Francis MacDonald, Brendan OÔ[][]Hare and Paul Quinn, who was later replaced by the returning Francis MacDonald. Keyboardist Finlay MacDonald (no relation) has also been a member.