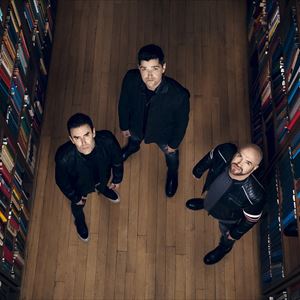 Beklager, men der er ikke salg til forestillinger for The Script lige nu.
The Script are an Irish alternative rock band from Dublin. Based in London after signing to Sony Label Group imprint Phonogenic, the band released their eponymous debut album in August 2008. Their music has been featured in video games and the popular television programs 90210, Ghost Whisperer, The Hills, Waterloo Road, EastEnders and The Vampire Diaries and Made In Chelsea.