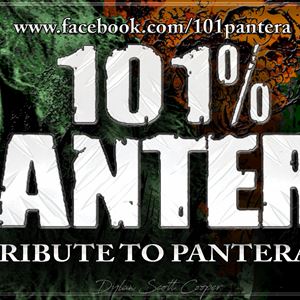 All 101%Pantera performances
Have tickets to sell? – Find out more

A four hour Heavy Metal Tribute Show to four of the greats from that genre, Pantera/Megadeth/Metallica/Slayer.

101%Pantera have been dedicated to reproducing the live energy of a Pantera show since 2007 and are the only Pantera tribute act endorsed and supported by Dean Guitars.

Megadeth UK, started in 2007, have actually played a show with Megadeth themselves, and Dave Mustaine was so impressed he gave them his seal of approval.

Mactallica have been working tirelessly for the past four years to deliver a sonically accurate tribute show, whilst tackling the most technically challenging material that Metallica has to offer.

Slayer'd are back by popular demand following a hugely successful appearance at The Underworld in 2019. They certainly do provide a supercharged performance that will truly blow you away!