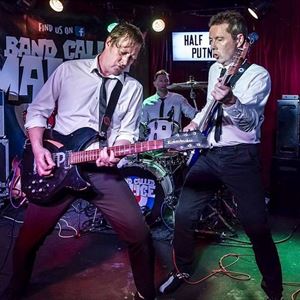 All A Band Called Malice performances
Have tickets to sell? – Find out more

National Tribute Award finalises in 2019, A BAND CALLED MALICE - The Definitive Tribute to The Jam is widely regarded as one of the most exciting tributes in the UK, performing all of the greatest hits of The Jam including Town Called Malice, Start, Going Underground, Eton Rifles and many more with an unsurpassed attention to detail in re- creating the sounds and arrangements of the original recordings and live performances.

As Jam fans themselves, A Band Called Malice will not disappoint and guarantee a show full of high octane energy, angst, aggression, passion and soul of their idols. See what people say about the band by checking out our reviews on our Facebook page or see the video footage for yourself... better still, come and check us out at Nells & be sure to book yourself a place ‘In the Crowd!’