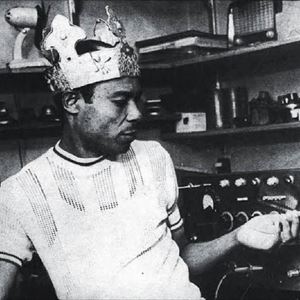 A Brief History Of King Tubby With Dennis Bovell And Friends

UK dub innovator Dennis Bovell will pay tribute to the music of one of the most preeminent figure in the history of Jamaican dub in King Tubby.

Tubby is a man who needs no introduction in the dub and reggae world. As a sound engineer he elevated the importance of the mixdown of a track to a level previously reserved for the artistic creation of the track itself. Indeed, he is widely credited as being the inventor of the remix, a now ubiquitous concept in electronic music.

His manipulation of the mixing deck led to the creation of 'dub' music, as as he played the deck like an instrument, bringing instruments and vocals in and out to change the style and tone of the music.

His production and remix work for artists like Lee "Scratch" Perry, Bunny Lee and Augustus Pablo led him to become one of the best-known celebrities in 1970s Jamaica.

Dennis Bovell is an adventurous and innovative producer, musician, songwriter and engineer in his own right - having moved from Barbados to London at the age of 12, he has developed a unique musical style influenced by a plethora of distinct musical traditions and genres.

This distinctive musical personality demonstrates why he is the perfect man to tackle Tubby's extraordinary musical oeuvre. His reimagining of Tubby's work promises to incorporate each of these musical influences, all while paying homage to the one of the undisputed dons of dub reggae with special guests Natty, Gladdy Wax and Henry Matic!