A celebration of KOKO TAYLOR 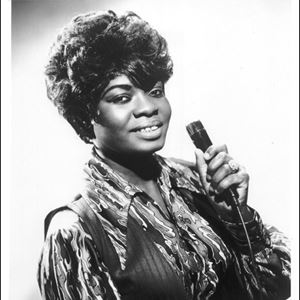 A celebration of KOKO TAYLOR

January Blues Festival celebrates "The Queen of the Blues"

Chicago Blues legend Koko Taylor was discovered by Willie Dixon in 1962 which led to her signing with Chess Records where she joined a roster including Etta James, Mitty Collier and Irma Thomas. Her 1965 single 'Wang Dang Doodle' was originally recorded by Howlin' Wolf five years previously but is the song for which she is most well known.

Her 1969 self-titled debut album is mostly a compilation of her Chess singles. From 1975 and for more than 30 years she recorded for Alligator Records. Her 1985 album "Queen of the Blues" won her a Grammy Award for 'Best Traditional Blues Album' that year. Performing till the end, she died after complications from surgery in 2009.

Kyla Brox was crowned 'Best Female Vocalist' in the 2019 European Blues Awards. Factory Records boss Tony Wilson dubbed her 'Manchester's answer to Aretha Franklin' and Manchester Evening News have declared she is 'The finest female blues singer of her generation'.