A Night In with Stacey Dooley 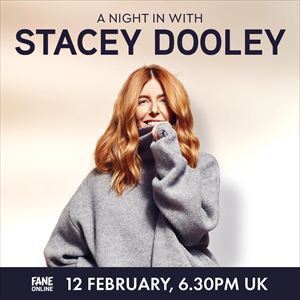 All A Night In With Stacey Dooley performances

A Night In with Stacey Dooley
Thirteen years into her career, Stacey Dooley has firmly established herself as one of BBC's most celebrated presenters through her hugely popular investigative series. She has produced an array of social-issue themed documentaries covering topics across the world; from arms dealers in the USA to the UK's 2020 lockdown heroes, from psych wards to Nigeria's female suicide bombers, to paramilitary attacks in Northern Ireland and how to tackle fast fashion.

Having left school at 15 and never studying journalism professionally, Stacey's career as a broadcaster and journalist began whilst working at Luton Airport, when she was chosen to travel to India to work as a contributor on Blood, Sweat and T-Shirts. She has since gone on to have her own BBC3 series, with additional commissions for shows on BBC One and Panorama. Her down-to-earth approach and ability to draw the truth out of people has engaged a new generation of younger viewers.

In this exclusive event, Stacey will discuss her remarkable career so far, where she's headed next, and how news and investigative journalism are evolving in a highly polarised global political climate and a constantly shifting media landscape.

The 'book and ticket' package includes a unique ticket for the stream, and a SIGNED copy of On the Frontline with the Women Who Fight Back (RRP £8.99).

The event will initially be broadcast on 12 February 2021 at 6.30pm UK time. It will be available to view up to a week after the event has ended and can be accessed worldwide. If you live in a time zone that does not suit the initial broadcast time, you can watch it at any point after the initial showing for one week.