Adrian Sherwood (On U Sound) 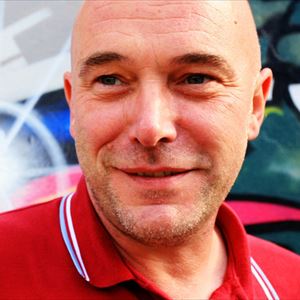 All Adrian Sherwood (On U Sound) performances
Have tickets to sell? – Find out more

Fan-to-Fan Resale Tickets
Global Beats presents:
Adrian Sherwood (On U Sound)
Plus support
Con Club // Lewes
Saturday 4th April 2020
ADRIAN SHERWOOD (born 1958 in London) is an English record producer best known for his work with dub music as well as for remixing a number of popular acts such as Coldcut, Depeche Mode, The Woodentops, Primal Scream, Pop Will Eat Itself, Sinéad O’Connor, and Skinny Puppy.
He is co-founder of Carib Gems and Pressure Sounds, and founder of Hitrun Records as well as Green Tea Records and Soundboy Records. His most well-known label is On-U Sound.
During the early 80’s he brought together many Jamaican artists under the collective name of Singers & Players including Prince Far I, Mikey Dread, Bim Sherman and many others, this helped promote the individual artists at the same time as promoting the On-U Sound label.
In 1986 he began working Jamaican dub producer and singer Lee Perry. They produced the classic album ‘Time Boom X De Devil Dead’ and Sherwood’s support helped relaunch Perry’s career.
He made contributions to the Industrial music genre in his remix of Einstürzende Neubauten’s song ‘Yü Gung’, on the album ‘Halber Mensch’, as well as his production work with Ministry, Cabaret Voltaire, KMFDM, Terminal Power Company and Nine Inch Nails.
Sherwood has also contributed to the blues, with his Little Axe project with Skip McDonald, producing his album on Real World Records, ‘Champagne and Grits’ in 2006.
In 2003, Sherwood released his first album as a solo artist, ‘Never Trust A Hippie?’ which featured collaborations with various artists such as Sly & Robbie, Steven “Lenky” Marsden, Carlton “Bubblers” Ogilvie and Jazzwad.
In 2006 he released his second album ‘Becoming A Cliché’ that again featured numerous artists such as Lee “Scratch” Perry, the late Bim Sherman, Dennis Bovell, Little Roy, Leigh ‘LSK’ Kenny, Samia Farah, Raiz and Mark Stewart. A limited 2-disc version was released simultaneously with the second disc titled ‘Dub Cliché’.
On beginning a solo career, Sherwood stated, “I wanted to do some of my own writing and make something that was challenging for me… As a producer, it’s my job to satisfy the artist foremost. I wanted to make something that was a little more aggressive and modern. I wanted to paint a picture that was contemporary, one that specifically showed where my brain was at. I’ve got to the point in my life where it’s time for me to call all of the shots.”
In a career spanning over 30 years, music producer Adrian Sherwood has worked with artists as diverse as Lee Scratch Perry, Primal Scream, Depeche Mode, Asian Dub Foundation, Little Axe and Sinéad O'Connor. He is also the founding father of legendary dub label On-U Sound.