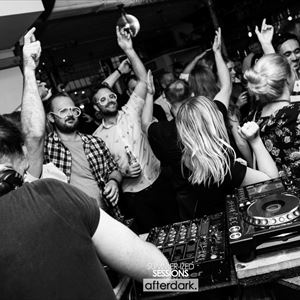 All Afterdark Sessions - Guildford performances
Have tickets to sell? – Find out more

Summer-ized Sessions presents Afterdark at Thirty3Hz - Making their first appearance in town, they bring their reputed raw and genuine underground atmosphere to Guildford with special guest Devstar taking the reins alongside their residents and guests.

Summer-ized Sessions is a renowned event brand in London, which has been running hedonistic house music events for six consecutive years.

From humble beginnings as a mix-CD, through weekly radio, to its current incarnation as one of the freshest, most decadent club nights in town, this is a brand that attracts some of the biggest names in Underground House, Tech house, and Techno.

Coming off the back of their first tour in 2019 - landing at premier spots across the UK such as Mint Warehouse (Leeds), Liquid Rooms (Edinburgh), Gorilla (Manchester), and The Arch (Brighton) - the demand for these parties has meant that 2020 sees a return to these venues and many more.

An up-tempo house DJ with a dynamic and imaginative mixing style, Devstar is one of the UK’s most respected technical house DJs.

One of only a handful of artists to advocate DJing as its own art form, Devstar makes full use of the equipment with flair and creativity, demonstrated through his coveted video mini mixes which have received recognition from Pioneer DJ, Ibiza Club News, Data Transmission and more.

2018 saw the start of a long anticipated move into production, with summer anthem, “Take Control” signing to no other than Kerri Chandler’s iconic MadTech Records - the big piano led, 90s house influenced composition slotting in that sweet spot between classic house and modern dancefloor tech house, earning support from the likes of Richy Ahmed, Danny Howard and many more. Expect much more production to come in 2020 and beyond.

Devstar’s superb video mini mixes and consistently impressive live performances have rewarded him with performances at some of the best festivals and clubs throughout Europe, including Hideout Festival (Croatia) where he has played for 5 consecutive years; Amnesia, Sankeys and Space (Ibiza); The Warehouse Project, and other events across the UK and Europe. Industry recognition has even led to Devstar hosting his own advanced DJing workshops at Fabric nightclub, Ibiza (Breakthrough Artists) and SubBass Music Academy.

Devstar recently featured in DJ Mag as one of Hannah Wants' Top 5 Up and Coming DJs and routinely features on her sold out UK tours. Devstar put himself on the radar in 2015 winning Hannah Wants' UK DJ Competition in two consecutive years, beating 1000 other applicants in the process.