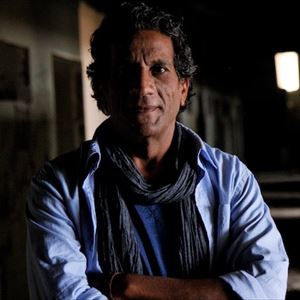 All Ahmed Fakroun performances
View venue accessibility information for The Cornish Bank, Falmouth
Fan-to-Fan Resale Tickets
we're over the moon to announce that Ahmed Fakroun will be coming through to Cornish Bank later this year for a very special show on Friday 10th September.
Massively popular across the Maghreb, name-checked in international spy novels and beloved by  musical icons like David Byrne, Libyan superstar Ahmed Fakroun is the most astounding raï-disco-electronica pioneer you may never  have heard of. In fact, he’s widely considered the foremost pioneer of modern Arabic World Music.
Ahmed looked set to make his mark in world music circles in the mid 1980s, combining traditional Arab melodies with electronic music on his album Mots D'amour.
We are honoured to welcome Ahmed to The Cornish Bank this September - it's going to be very special!