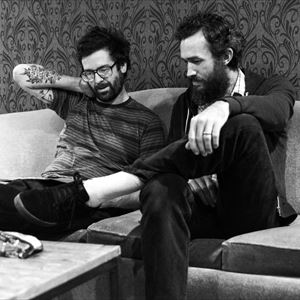 We’ve put on AJJ a bunch of times over the years and not once has it been anything less than a life affirming tussle with the day-to-day absurdities of the anthropocene (a word that frontman Sean Bonnette, perhaps rightly, characterises and the ugliest word in the English language).

He also characterizes the band’s new album, Good Luck Everybody, in a single sentence: “Sonically, it’s our least punk record, and lyrically, it’s our most punk record.” He’s dead right. And it’s also quite clearly one of their best; still rooted in the folk-punk sound AJJ has become known for, it’s an album that’s unafraid to delve into new territories that test the limits of what the band is capable of.

They don’t make it over to the UK a ton, so make sure you don’t slouch on this one.