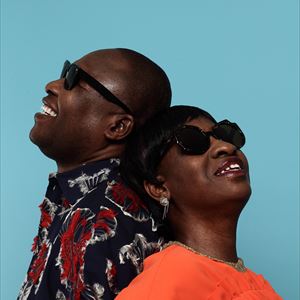 All Amadou & Mariam With Blind Boys Of Alabama performances
Have tickets to sell? – Find out more

This is a sensational double bill where the great ambassadors of Malian music Amadou & Mariam join forces with the Blind Boys of Alabama, the living legends of gospel music. Amadou & Mariam have released a string of great albums, working with producers like Manu Chao and Damon Albarn to create joyous music that inspires great live shows, festival stages and wild remixes. It was on a festival bill that they first met the Blind Boys of Alabama and forged a friendship that has led to a worldwide tour together. The Blind Boys have won multiple Grammy awards with their remarkable interpretations of everything from traditional gospel favourites to contemporary spiritual material by songwriters such as Eric Clapton, Prince and Tom Waits.