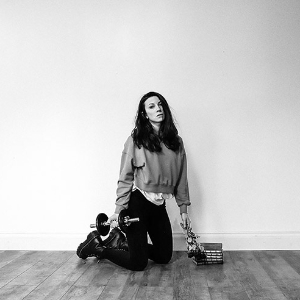 Amy Milner
All Amy Milner 'spell_hope' Release Celebration Show performances
Have tickets to sell? – Find out more
A note from The Hunter Club:

This show is seated, with table service, and will be held in line with government performance arts guidelines at the time of performance. Our seated Covid-secure events have been very popular. With food, cocktails, and a great chilled out vibe, they are not to be missed.

Tickets are sold per table, not individual tickets. There are a variety of table sizes. For parking and other information please visit us at HunterClub.org.uk

Join Amy in celebrating the release of debut album 'spell_hope' with a special live performance at The Hunter Club in Bury St Edmunds.

Amy returns to The Hunter Club after 18 months jam-packed with new releases. Her EPs 'Plans' and 'Big Bad Thoughts' commanded critical acclaim from the likes of Clash, Line Of Best Fit, Headliner Magazine and adidas-affiliated Girls Are Awesome, as well as editorial support from Apple Music and plays from BBC Introducing in Suffolk, Independent Music News and Amazing Radio.