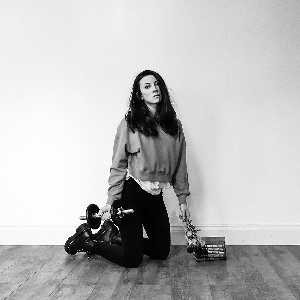 All Amy Milner performances
Have tickets to sell? – Find out more

Celebrating the launch of “spell_hope”; out Friday 16th April on EKT Records

After 18 months jam-packed with new releases, Amy Milner returns to London to perform at The Fiddler.
Her recent EPs ‘Plans’ and ‘Big Bad Thoughts’ commanded critical acclaim from the likes of Clash, Line Of Best Fit, Headliner Magazine and adidas-affiliated Girls Are Awesome, as well as editorial playlist support from Apple Music and plays from BBC Introducing in Suffolk, Independent Music News and Amazing Radio.

Kicking off 2021 with a bang, Amy’s three powerful new singles “Running”, “Could’ve Been Right Now” and “Towers” garnered further press support from leading music publications Earmilk and Wonderland, and precede the release of her debut album ‘spell_hope’, out on April 16th.

With support from Wil Owen

Drawing inspiration from wild landscapes and the issues we face in the 21st century, Wil’s music is forever shifting to reflect his mood. Based in Bristol, the singer/songwriter has a deep connection with his Welsh heritage and classic songwriters. His debut single 'Will It All Work Out?' was released in April with Tinpot Records.