An Evening of Magic with Ben Hart 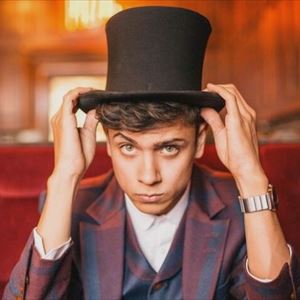 All An Evening With Ben Hart performances
Have tickets to sell? – Find out more

This event is for 12 and over - No refunds will be issued for under 12s.

Acting as your magical host, renowned magician Ben Hart will display some of his most exciting, baffling and socially-distanced miracles, accompanied by special guest magicians in the informal surroundings of the New Normal Festival.

Expect wonder, amazement, comedy and head-scratching in an evening that will amaze, amuse and vanish your troubles....

West End Star and unique magician Ben Hart is a unique artist: a teller of tall tales, mad inventor and sleight-of-hand master. He is a member of The Inner Magic Circle (the highest position at The Magic Circle) and was a finalist in Britain’s Got Talent 2019. At the fore-front of contemporary conjuring, Hart is considered one of the most exciting artists In his field.

Described by David Walliams as ‘the living embodiment of magic’, Ben has recently played to royalty, heads of state and celebrities, in West End theatres, international arenas and on dozens of UK and international TV appearances (including his own series on BBC Three, The One Show, AGT The Champions, BGT, BGT The Champions, This Morning, Lorraine and BBC One’s “Now You See It”).

“Eye-boggling. His sleight of hand is extraordinary” Time Out.