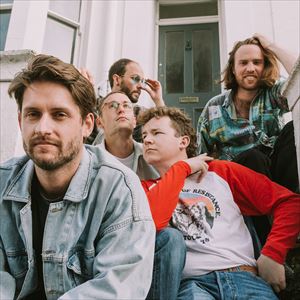 Self Help
Flat Lager
Wutip
All Premium Mediocre performances
Have tickets to sell? – Find out more

14s - 14s must be accompanied by an adult. No refunds will be given for incorrectly booked tickets.

They're thrilled to be coming back to Oxford after their first gig here last year and a fantastic set at Ritual Union in October.

Sonically they sit somewhere between 'Aha Shake Heartbreak' era Kings of Leon (some might say their only good era) and more modern angular post punk. But unlike most of the bands in the latter category they aren't miserable gits and you might even be forgiven for smelling a hint of Ray Davies or Jonathan Richmond in this mostly Australian soup.

Clash Magazine described their debut as "infectious, cheeky and spontaneous" while the band describe themselves as "comprised of five straight, white males who play a genre of music that is nothing new". Whats not to like about that.

Support from local nitwits Self Help, playboy centrefolds Flat Lager and the latest incarnation of one of our favourite London bands Wutip, now going under the name 'away fans'