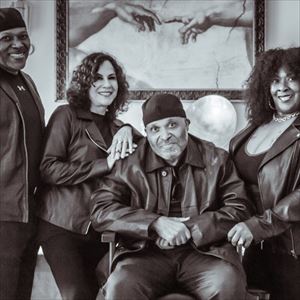 Arthur Baker reforms Rockers Revenge for their debut London live show. The Brooklyn vocal group first shot to worldwide fame with their Baker produced hit 'Walking On Sunshine' which, after dominating the streets, the clubs and the radio, went on to be sampled over the years by dance music royalty such as Fatboy Slim and Jeff Mills.

Arthur Baker remains one of the most visible and widely imitated of the early hip-hop/house record producers, masterminding breakthrough experimentation with tape edits, sampling and synthetic beats on such records as "Planet Rock", New Order's "Confusion", Rockers Revenge's "Walking On Sunshine", Freeez' "IOU", New Editions' "Candy Girl" and his own break dance classic "Breakers Revenge" from the Beat Street film.