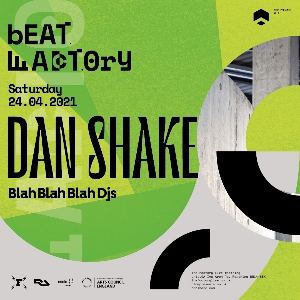 If you’re going to pick a name like Dan Shake, you better have the goods to back it up. With a never-ending tour schedule and his own productions in the record bags of countless established DJ heroes, Shake lives up to his billing. His love of groove – ranging from sparky acid to Brazilian samba, itchy funk to heavyweight house – fuels his drive to make those around him dance as keenly as he does. At a party, Dan Shake isn’t just loaded with peak time weapons: he is one.