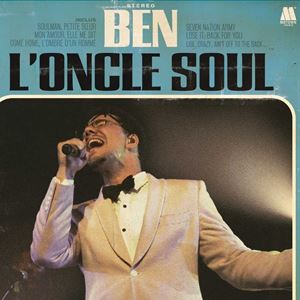 All Ben L'oncle Soul performances
Have tickets to sell? – Find out more

Ben L'Oncle Soul is a french soul singer who has released albums on both Motown Records and Blue Note Records.

Referencing classic soul sounds in his music such as Otis Redding, Marvin Gaye and Billy Paul, Ben L'Oncle Soul achieved a top 5 hit in the french charts with his version of The White Stripes tune 'Seven Nation Army'.

The latest single 'Next to you' is out now on Decca Records.

Mamas Gun are a musically diverse five-piece Soul band fronted by singer/composer/producer Andy Platts. Their latest single 'This is the Day' has been A-Listed by Mi-Soul, Solar Radio, Delite Radio, Crackers Radio and received critical acclaim from almost every soul DJ around the world.