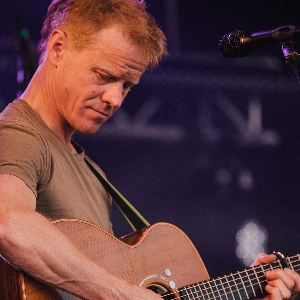 Benji Kirkpatrick is an English folk singer, songwriter and master of multiple instruments. Son of folk musicians Sue Harris and Chippenham Folk Festival Patron John Kirkpatrick MBE, Benji brings his own well-crafted songs of social commentary, personal exploration and environmental concern to the west country.  Having released the debut album ‘Gold Has Worn Away’ with his new power trio – Benji Kirkpatrick & The Excess – in 2019, Benji strips it all back for a purely acoustic performance at Swindon Folk Club.


In 2017, folk-rock pioneers Steeleye Span head-hunted Benji for their new line up, 40 years after his Dad, John, was in the band. He has also worked with numerous other artists including Maddy Prior (Steeleye Span), Oysterband, John Jones, Thea Gilmore and Joan as Police Woman.