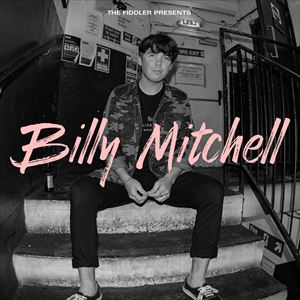 All Billy Mitchell performances
Have tickets to sell? – Find out more

Fan-to-Fan Resale Tickets
Since first picking up a guitar in his early teens, Billy Mitchell has been on a non-stop musical rollercoaster.
Drawing on musical inspiration from the likes of The Beatles and Oasis – his melodic, indie sound has earned him a dedicated following amongst some notable admirers.
In recent years Billy has shared the stage with the likes of Mark Ronson, The Fratellis, The Proclaimers, Billy Ocean and fellow Dundonians The View.
?In 2017 Billy enjoyed his first solo success with his single “Crazy Like Me” which was selected by Jim Gellatly as his ‘Single of the Week’.
Later the same year, Billy was drafted in as part of the Kyle Falconer Band which saw them opening up for Liam Gallagher on his 2017 arena tour.
?Following the release of the 2018 single “Psycho” which has hit over 100k plays on Spotify, Billy released his debut EP in 2019 exclusively on 12” vinyl and CD through Assai Records and also appeared at Kendal Calling, King Tuts Summer nights, Official TRNSMT Aftershow then ended the year with a successful headline mini tour.
Having started 2020 with a headline slot at King Tuts Wah Wah Hut in Glasgow, Billy is now gearing up to release his brand new single “Know You Better” on the 1st May 2020.