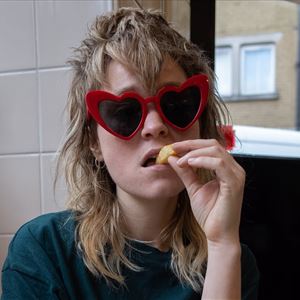 The Billy Nomates live experience – which has already moved up the leagues from that tiny instore last summer to an acclaimed show at 100 Club, via an appearance alongside Idles and BEAK> at Bristol’s Give A Shit Xmas charity gig – is a thrilling, lost-in-the-moment spectacle. An angular, awkward display of involuntary dance moves and raging physicality that reflects her desire to provoke and cause a reaction. Any reaction.