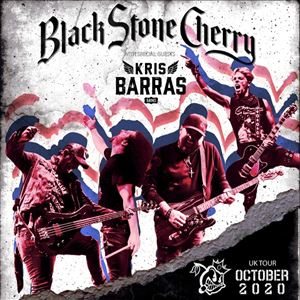 Any tickets booked as box office collection will be only available from the
O2 Academy Newcastle Box Office on the evening of the event when the
doors open.


The Kentucky-bred hard rockers in Black Stone Cherry have had their music blared from speakers large and small, toured relentlessly with the likes of Nickelback and Motörhead, and debuted at #1 on the UK rock chart with their sophomore release, 2008’s Folklore and Superstition. In the face of these successes, the band members decided to put themselves to the ultimate test for the creation of their third full-length, Between the Devil and the Deep Blue Sea: they took a year off from touring and focused all their energy on songwriting.