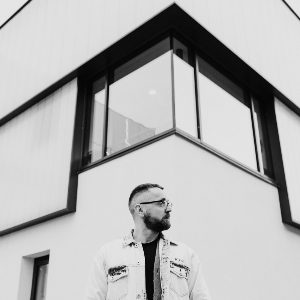 The Venue ballroom is located up three flights up stairs and is unfortunately not wheelchair accessible. Please contact The Venue directly for accessibility information.

Blue Rose Code make their way to Dumfries as part of the Scotland On Tour programme!

Now firmly established as one of Scotland’s most popular and powerful live acts, Ross Wilson aka Blue Rose Code writes songs that address universal themes in a deeply personal way and seamlessly blend folk, Americana, jazz and pop influences into something truly unique.

This eclecticism has rightly earned comparisons to John Martyn, Van Morrison and Tom Waits while remaining very much an artist for, and of, the moment.

His fifth album, With Healings Of The Deepest Kind was released in 2020 to huge acclaim. Taking his emotional honesty to new levels, it’s the most fully realised rendition of his singular vision to date. A magnetic performer who loves to connect with his audience, a Blue Rose Code show is always an unforgettable and truly uplifting experience.

"Ross' songwriting and expressive performance are simply breathtaking. With Healings Of The Deepest Kind is an album classic.” Louder Than War

"An album touched with genius, toiled with experience and, ultimately, suffused with healing." Blabber’n’Smoke

“It’s just great music, beautiful music, music to make you think, and to lose yourself in. ...Filled with emotion and yearning and exploration of Scotland inside and out, it’s a splendid edifice.” Ian Rankin

"One of the greatest live acts around right now so if you get a chance to see them in any of their many guises do yourself a favour and go." Americana UK