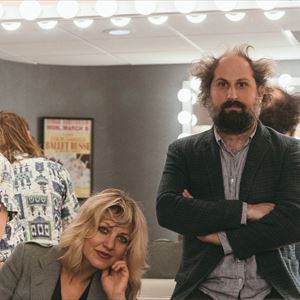 Indie folk singer songwriter and Tony Award-winning creator of the hit Broadway musical Hadestown, Anaïs Mitchell, is described the The Independent as 'the most engaging, most original artist currently working in the field of new American folk music'. She joins forces with the leader of Fruit Bats, Eric D. Johnson, and Josh Kaufman (Craig Finn, Josh Ritter, The National) to launch their debut album as supergroup Bonny Light Horseman.

The astral folk trio mix the timeless quality of traditional transatlantic folk with a contemporary brush, reinterpreting traditional tunes as well as sharing new material, all with evocative energy.

The self-titled record was produced by Josh Kaufman, will be released through 37d03d, an artist collective a digital platform led by Justin Vernon (Bon Iver) and Aaron Dessner (The National), and features more folk royalty such as Vernon, Dessner, Kate Stables (This Is The Kit), Lisa Hannigan, The Staves, Christian Lee Hutson, and more. This is colorful, textured work: a lush and loving ode to the past with one eye fixed on the present.

'Anaïs, Josh and Eric participated in the Eaux Claires and 37d03d residencies and even from those first moments, Bonny Light Horseman blossomed into a project that is deeply collaborative and welcoming to a whole family of musicians' (Aaron Dessner)