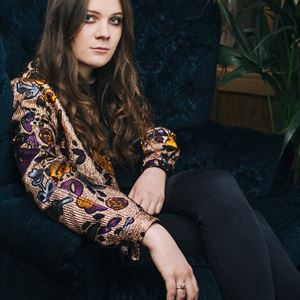 Brooke Bentham’s Everyday Nothing chronicles the inertia of life as an artist post-graduation. Guitars veer from spectral one minute to menacing the next. Her lyrics are both personal and elliptical, flashing relatable truths. Confronted with the mundanities of life and being caught between two jobs in London, Brooke finds intense lyricism in the struggle for purpose and direction.

Written entirely by Brooke, with a few contributions from producer Bill Ryder-Jones (who’s own album Yawn was showered with 4 and 5 star reviews last year), Everyday Nothing documents a fast-rising 23-year-old looking to make sense of her existence. So impressed was Ryder-Jones with Brooke’s observational lyricism that he said: "I've worked with some amazing songwriters in my career. I think Brooke at 23 is well on her way to being up there with Alex (Turner), Saint Saviour, Mick (Head) and James (Skelly). Her lyric writing will be overlooked because of her voice but it is her words that will set her apart from others.”
Brooke recently headed out on Sam Fender’s sold out UK tour in November as his main support with Bill joining her live band.For three years she busked and played pubs and open-mic nights around Newcastle, often sharing a stage with her friend Fender, who stole her version of Bruce Springsteen’s ‘Dancing In the Dark’. He finally repaid the favour by taking Brooke on tour starting at Manchester Academy with two Brixton Academy dates. Everyday Nothing soundtracks the reality for many young people today. One in which hopes and dreams play out in a haze of confusion and frustration. Brooke captures this existential vulnerability, the baffling day to day-ness of a young life in the most relatable, poetic and compelling of works.“A lot of life is boring and predictable, but I hope this album is a way of saying that with some charm."