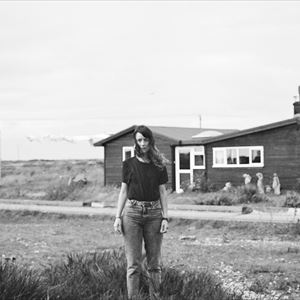 Bryde grew up in the Welsh seaside town of Milford Haven, and plunged straight into the world of music the moment she hit double-digits. “Musically, my influences were determined by what I could get my hands on CD-wise,” she says.

Many of Howells’ earliest gigs were played alongside band-mates in the four-piece JYLT. Early recordings were promising and the band had signed a record deal when tragically co-founder and vocalist Nia passed away from Leukaemia at the age of 20. Then, in 2008, Howells formed Paper Aeroplanes. The indie outfit quickly built up an ardent live following and released four albums.

When the duo decided on an indefinite hiatus, Howells says, it felt like the perfect time to step out alone under her solo moniker Bryde. Bryde’s debut album ‘Like An Island’ followed in 2018. Touring extensively she playing alongside the likes of Rufus Wainwright, The Joy Formidable, and joining the bill at Dot to Dot, Green Man, Live At Leeds, The Great Escape, Latitude, Boardmasters, and 2000 Trees.

In the year after ‘Like An Island’s release, Howells explains. “I had my first real experience of emotional burnout and quite a paradigm shifting experience in terms of how I treat myself.” All of these paths led her to ‘The Volume of Things’. Written and recorded between London, and various friends’ studios in Berlin, Howells describes the record’s expansive feel as being like “the calm before the storm – before a new calm that I’m working towards.”