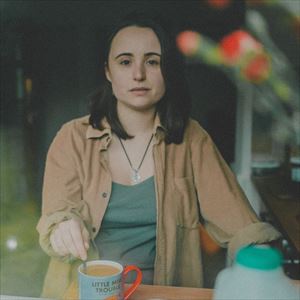 Previously in the electro-pop duo Field Harmonics, since going solo Bryony has developed and refined her music over the past three years, culminating in the critically acclaimed and recently released EP, Conscious. This new musical direction has resulted in Bryony being highlighted as one of the ‘25 to watch in the Midlands in 2019’ by BBC WM and shortlisted for ‘Best Record’ by Birmingham Music Awards 2019, and has shared the stage with the likes of Hazel English, Stevie Parker, Charlotte Carpenter, Martha Ffion, Japanese Breakfast and The Goon Sax.

Bryony’s music has developed into dreamy, hook laden indie-pop-folk soundscape; taking influence from the likes of Anna Calvi, Cocteau Twins, and Marika Hackman. Her personal politics and the need to break the patriarchal industry structures have driven Bryony to found her own DIY label, Grrrl Groannn.


“With a knack for writing frank and ambitious gritty alt-pop, this Midlands-based musician is one to watch out for in 2018.”
- Record of the Day

“Every now and then an artist comes along who excites you and just grabs your attention, Bryony Williams is that artist."
- KMMReviews

"Like Anna Fox Rochinski, Kim Gordon or even Girlpool, Williams can display fragility, anger and sadness all within one song."
- BrumNotes Magazine.

Fawner are a 4-piece experimental grunge outfit based in Bristol, taking influence from artists ranging between Dinosaur Jr, Sonic Youth, Queens of The Stone Age and Wolf Alice.

Having formed in late 2016, the band have released their debut album, an E.P and a few singles, most recently ‘Melt’, after a direction and line-up change in mid 2019, all alongside playing shows across the UK. They create a unique blend of dreamy vocals, cutting riffs and driving bass to create atmospheric, emotional cuts.

Their most recent release ‘Melt’ is their heaviest song to date, combining elements of spoken word, thrashy, aggressive guitar and dark, crushing basslines.