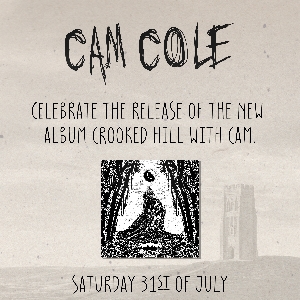 Hailed as “the most impressive one-man band you will ever see” by Unilad when they showcased him to their 44 million followers, Cam Cole is a singer, songwriter, busker and new age traveller from London, UK who roams around performing on streets and venues as his one man band show influenced by Folk, Delta Blues, Grunge and Rock N' Roll.