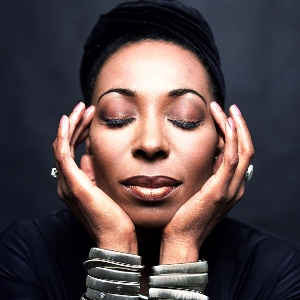 Celebrating the 40th Anniversary of her debut album ‘Hopelessly In
Love’, Carroll Thompson, Queen of Lovers Rock will be embarking upon
a UK-wide tour.
The Hopelessly In Love Tour will be celebrating the iconic debut
album, which was released in 1981, and is seen as a milestone in
reggae music history and British Lovers Rock. ‘
‘Hopelessly In Love’ was a huge commercial success in 1981, with worldwide sales of over half a million copies. Reminisce and hear
her classic tracks ‘I’m So Sorry’, ‘Yesterday’, ‘Simply In Love’ and
‘Hopelessly In Love’; which helped define British reggae for a new
generation. You will also get to hear a selection of new and
exclusive songs, which have never been performed before.

Carroll Thompson: Hopelessly in Love – The brand new 40th anniversary edition is available to stream/download NOW.
This deluxe re-issue has been remastered and includes 6 rare bonus tracks by the Queen of Lovers Rock herself.
LP and CD out on 15th October 2021.