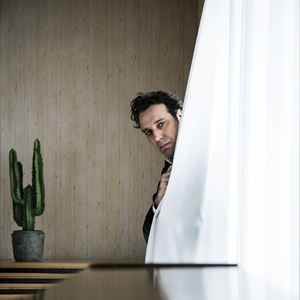 All Chilly Gonzales performances
Have tickets to sell? – Find out more

The Grammy-winning Canadian pianist and entertainer is known as much for the intimate piano touch of best-selling albums Solo Piano I and Solo Piano II as for his showmanship and composition for award-winning stars. Gonzo, as he is known to close collaborators, aims to be a man of his time, approaching the piano with classical and jazz training but with the attitude of a rapper.

Chilly Gonzales holds the Guinness World Record for the longest solo concert at over 27 hours. He performs and writes songs with Jarvis Cocker, Feist and Drake, among others.

Following a number of sold out London shows over the past few years, 2020 sees Chilly's return to the stage with a new programme that opens, as always, with various medleys of intimate pieces from the Solo Piano Trilogy. Both hits and hidden surprises from the rest of his repertoire will be found interspersed with new Christmas-themed Masterclasses, full of playful explanations about how music works. This December show . so close to the Holidays . will surely contain some very Chilly Christmas surprises.

For this tour, Chilly Gonzales is joined on stage for a portion of the show by Stella Le Page on cello & vocals. Stella has workedwith many artists including Plan B, Primary 1, Château Marmont, Benjamin Clementine.

'Chilly plays like a dream, tender revels punctuated with comic smacks in the high notes, rolling through enchanting melodies to mesmerising jazz and riffs that recall Schubert.' (????? Arts Desk)