City of The Sun 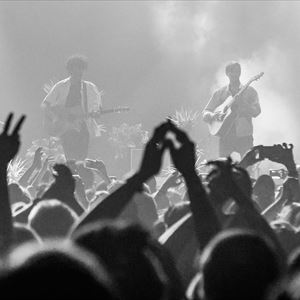 City of the Sun

All City Of The Sun performances
Have tickets to sell? – Find out more

We are delighted to welcome City of the Sun!

The experiential music of City of the Sun is the sound you didn’t know you were missing. New York City’s powerhouse trio flip the perception of instrumental music, attracting a whole new generation to the genre. Formed in 2011, City of the Sun features guitarists John Pita, Avi Snow, and percussionist Zach Para. The band’s sound has an array of influences including indie rock, American folk, flamenco, and blues; it’s been called worldly, cinematic, a mix between Rodrigo y Gabriela and Explosions in the Sky. COS has since been established as significant players in the post-rock sphere. They’ve sold out New York’s top indie venues Brooklyn Steel, Irving Plaza, Bowery Ballroom and Gramercy Theater; toured with Peter Bjorn & John, G.Love, STS9, and Thievery Corporation; were featured emerging artists at Panorama NYC, Billboard’s Hot 100, Firefly, Bottle Rock Napa music festivals; and scored “The C Word” documentary soundtrack (directed by Meghan O’Hara and narrated by Morgan Freeman). After completing two European tours including major sold-out shows in Athens, Greece, the band released UNTITLED EP. Lead track “Perfect Instance” has gained 18 million Spotify streams to date, contributing to over 70 million plays on the platform overall.

If you require support with wheelchair or specialised access to Lafayette please email us to arrange your visit.

Lafayette is committed to making the venue and facilities accessible and enjoyable for all.

To enable this we are working in partnership with leading accessibility experts and will be able to provide full accessibility details soon.