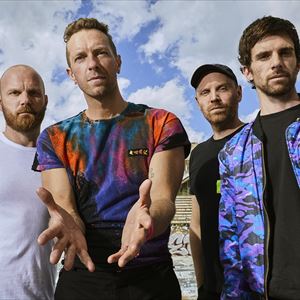 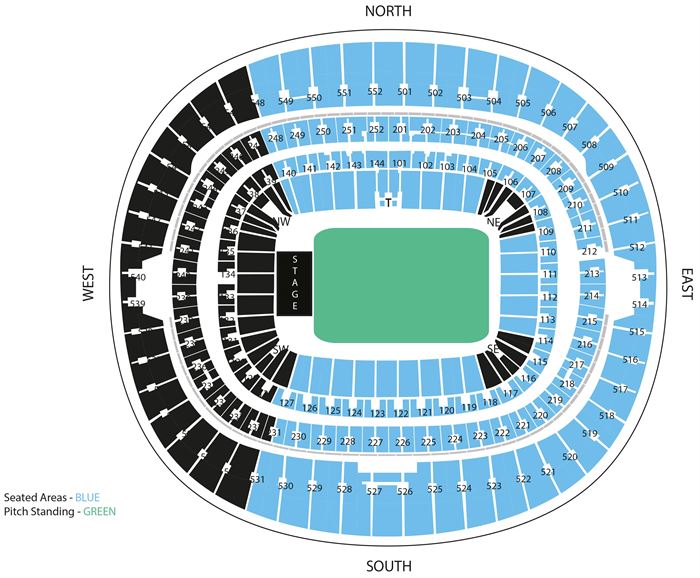 Coldplay achieved international recognition with their debut album "Parachutes", in particular with their second single from the album "Yellow", which reached number 4 on the UK Singles Chart.

Since Parachute, Coldplay have amassed a vast discography comprising of 9 albums. Coldplay followed up Parachutes with their second studio album "A Rush of Blood to the Head", again finding a spot in the UK Albums Chart, only this time at number one. It was the eighth highest selling album of the 21st century in the UK and has been certified 9x Platinum. The album is certified double platinum in the United States.

Coldplay's fifth album release "Mylo Xyloto" reached the top of the charts in over 30 countries and became the best selling rock album in the UK for 2011. The album was produced closely with Brian Eno who also worked with the band on Viva la Vida and features "Every teardrop Is A Waterfall" and "Paradise", which together received 3 Grammy Award 2012 nominations.

In 2014 Coldplay released their sixth album "Ghost Stories" featuring collaborations from well-known artists such as Avicii, Madeon, and Timbaland.

Starting the writing process immediately after the release of Ghost Stories, the band released their seventh album "A Head Full of Dreams" the following year (2015). The album was a commercial success, topping the UK Albums Charts, and peaking in the 2nd spot in the U.S, Australia, Canada, and Italy.

"Everyday Life" was the eighth studio release in Coldplay's discography. The album is split into two halves with the first half being titled "Sunrise" and the other "Sunset". Singles from the album include "Orphans" and "Arabesque".

Their latest, and ninth album, titled "Music of the Spheres" was released in 2021 and is themed around the topic of space. The first single for the album is titled "Higher Power". In an interview for NME 7th May 2021, lead vocalist for the band Chris Martin stated that the song is about "trying to find the astronaut in all of us, the person that can do amazing things".

In Coldplay's discography you can find;

Forming in 1996, Coldplay originally went by the name "Pectoralz", followed by "Starfish", before finally settling on Coldplay. Chris Martin (vocalist, rhythm guitarist, and pianist) and Jonny Buckland (lead guitarist) first met on their orientation week for University College London. Guy Berryman (bassist), a classmate of Martin and Buckland later joined the group with Will Champion later joining to take on playing percussion.

The band released their first EP "Safety" in 1998, making 500 copies, most of which were given to friends and record labels, leaving 50 copies on sale to the public. Later that year, the band signed to independent label "Fierce Panda" where they released their debut single "Brothers and Sisters".

What's the latest from Coldplay?

Coldplay's latest single 'Higher Power' was released 7th May 2021 and features on their latest album 'Music of the Spheres'. Martin stated that the theme of the album comes from wondering what musicians would be like across the universe, and is set in 'The Spheres', a fictional planetary system.

Following the album, Coldplay announced their 'Music of the Spheres' world tour where they'll be performing across the globe including Wembley Stadium.

Where will Coldplay perform in 2022?

Coldplay are performing at Wembley Stadium on their "Music Of The Spheres World Tour" in 2022.

COVID T&C'S
1. We reserve the right to implement restrictions/conditions before and during the Event to ensure it is safe. You must comply with any and all instructions given to you by Event staff and stewards and you may be evicted without a refund if you fail to comply. This includes potential entry requirements introduced to reduce and mitigate the spread of Covid-19.
2. We reserve the right to refuse admission or to remove any person from the site, without refund, for reasons of public safety (including for crowd surfing or moshing, or failure to comply with any measures put in place to combat the spread of Covid-19), any unacceptable behaviour likely to cause damage, nuisance or injury, or for any breach of these T&Cs.
3. You must not enter the site if you believe that you may have been infected with Covid-19 and/or you are displaying symptoms of Covid-19. If you or anyone in your party is displaying symptoms of COVID-19, we will refund your tickets if you have proof of the below with photo ID and valid ticket
 Proof of a positive COVID-19 test
 Proof of being notified by test and trace to isolate within the event period
 For symptoms experienced on the day of the event, proof that you have applied for/ taken a PCR test
All refunds are subject to the promoter's terms and conditions. Please let us know by 9am on the day of your event to request a refund.