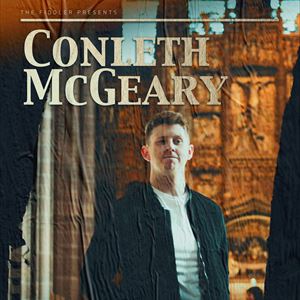 All Conleth Mcgeary performances
Have tickets to sell? – Find out more

Excited to announce The 'Irish Phenomenon' who is selling out gigs in Liverpool every single week will be back at The Fiddler, Kilburn in March!

Conleth recently went viral performing his unique rendition of ‘Grace’, with more than half a million views in less than 24 hours.

His latest performances include venues from the O2 Academy to as far away as Bahrain in the Middle East - all sold out which has set the tone for his forthcoming Irish tour.

Now working with the legendary Griffiths Brothers (Oasis/The Real People), Conleth’s new single "Smile" will be the first in a run of new releases for the end of 2019 and throughout 2020.

No matter your taste, chances are you’ll be a Conleth McGeary fan on first listen and completely hooked after you experience his live show.