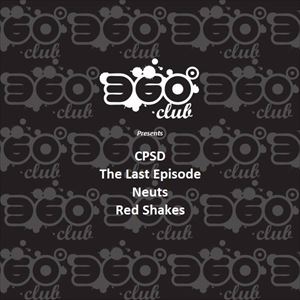 After 3 years touring with Maxi Jazz - Faithless,  Chris Dover formed CPSD out of his love for both electronic hip hop beats and desert rock influences to create a vibrant, distinctive sound.

“CPSD you rock, you rock big time - so good, jaw-droppingly good. That mix of heavy blues-rock and alternative rock is just… too good for words. Great song after great song, the playing is fantastic the whole way through their set. That guitar sears into my soul. At the end of their set I left reeling, amazed, and addicted to that sound. It’s an addiction I need to feed again soon. Look you have to see this band, you haven’t lived if you haven’t.” - Local Sound Focus

"I love this band. Powerful, soulful songs delivered with joy and blistering commitment. I give you CPSD!" Maxi Jazz (Faithless)


After 3 years touring with Maxi Jazz, Chris Dover formed CPSD out of his love for both electronic hip hop beats and desert rock influences to create a vibrant, distinctive sound. They have built a collection of modern sounding, riff heavy soundscapes. With influences ranging from Bowie and Hendrix, to Depeche Mode and QOTSA, CPSD aren’t your normal rock band.

Formed in Autumn 2018 in Leeds. They're influenced by the great British guitar bands of the last 50 years, wearing their British Invasion, punk, post-punk, Baggy, Greebo, Britpop and beyond, influences on their sleeves, with a hint of US alt-rock and Americana. Their all-original sets showcase some of their 30-odd songs. The Last Episode have released the imaginatively titled EP1 and EP2.

A bittersweet fusion of alternative rock, grunge and folk influences. Live performances occasionally feature a rotating line-up of other collaborators on the project. Neuts' new EP 'Piggy’s Farm’ was released 25th of August, which you can check out on Soundcloud.

A new garage rock/Britpop/soft rock band. Their songs are influenced by life experiences, culture and growing up in the 21st century. They’ve already been Championed by BBC Introducing and are starting to make a name on the scene. Frontman, Sam Da Silva has supported, Red Rum Club, Fling and others.

With a sound comparable to the garage rock revival scene of the 2000s and Britpop bands of the 90’s. Using big catchy choruses and magnetic stage presence, they put on an energetic show

FFO: The Beatles, The Strokes, The Hives and Oasis.