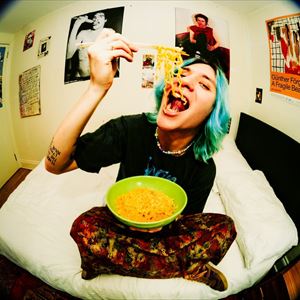 Please note the booking fee for this event includes a Levy of £0.30 which is charged by the venue

“absolutely buzzed for touurr! i can’t wait to see all your faces and all the mosh pits - expect new music, new merch and a ringing in your ear as soon as you’ve left the venues. I can’t believe the first one has sold out, I can already tell this next one is gonna be something special.”

Daisy Brain sets out on his SOLD OUT debut headline tour on the 19th Feb, including a show at London’s Camden Assembly. He’s also just been announced to play The Great Escape Festival and The Neighbourhood Weekender in May 2022. This week, Daisy Brain headlined BBC Introducing at the Lexington in London.

“I’m not allowed to pick my favourite artist on the show, but if I could, I think Daisy Brain might just be up there, I’ve got to be honest with you” – Jack Saunders, BBC R1

“That was Boring by Daisy Brain, and could that be any more early Radiohead?” – Steve Lamacq. BBC 6 Music