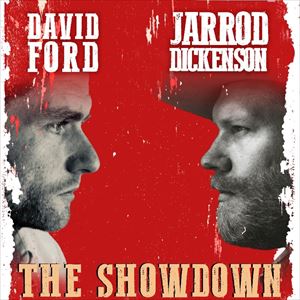 Smart, angry, witty, emotional songs, delivered with raw-throated passion." The Telegraph "Sends a chill up the spine." The Sunday Times As well as playing headline shows to his devoted and loyal fan base, David has toured with and supported artists such as Elvis Costello, Ray LaMontagne, Aimee Mann, Sara Bareilles, Gomez, Aqualung, Richard Ashcroft, Suzanne Vega, Augustana, Ingrid Michaelson and Jakob Dylan. Hailing from the South Coast of England, Ford has been lauded by press and public alike throughout his fifteen year solo career. His debut album, I Sincerely Apologise For All The Trouble I've Caused, was included in both The Times and Word Magazine's top ten albums of the year and his fourth album, Charge, was described by press as his "best album to date. " His records have achieved number one slots on iTunes and in February 2014, a bizarre twist of fate saw him travelling to Paris to receive the French Grammy award for song of the year. Ford's exquisite songwriting and powerful live performances ensure he remains one of the UK's most important singer/songwriters in the eyes of critics and genuine music lovers. Storytelling is something of a Texas tradition. Tall hats and even taller tales are woven into the fabric of The Lone Star State, and singer- songwriter, Jarrod Dickenson can spin a yarn with the best of them.Hailing from Waco, now based in Nashville via Brooklyn, Dickenson spends most of his time on the road bringing his own particular brand of soulful Americana to a wide variety of music loving audiences around the globe.Jarrod's critically acclaimed album 'The Lonesome Traveler' and his subsequent EP 'Songs From Willow St' paved the way for him to tour the UK, Ireland and Europe extensively over the last several years. Breakout performances at Glastonbury and Larmer Tree Festival, along with recent tours supporting legendary artists such as Bonnie Raitt, Don McLean and The Waterboys have earned Jarrod a formidable and loyal fan base across the globe. His latest album, 'Ready The Horses' came out on Decca Records last year.https://jarroddickenson.com/home [jarroddickenson.com]