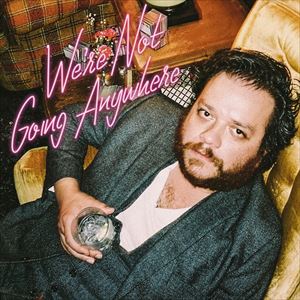 "If Springsteen made a record about living in Trump's America, you'd hope it might sound something like 'We're Not Going Anywhere"  - Uncut

"Ramirez has long been a respected figure amongst those in the know, but We’re Not Going Anywhere establishes him as a forceful troubadour well deserving of the same big audiences of his peers". - Glide Magazine

David’s latest album is titled ‘We’re Not Going Anywhere’. At a historical moment of immense political, social, and ecological uncertainty, those four simple words comprise both a promise and a protest, a comforting reassurance of inclusion as well as a hearty cry of defiance. It’s a statement that offers no small sense of hope, in that sense matching the music contained on the album.

On these vividly imagined and passionately performed songs David Ramirez takes in the world from his unique perspective: “Being half white and half Mexican has made this current political climate especially interesting. So many cultures in this country are being viewed as un-American and it breaks my heart. My family have raised children here, created successful businesses here, and are proud to be a part of this country.  Most of what I've seen as of late is misplaced fear. I wanted to write about that fear and how, instead of benefiting us, it sends us spiraling out control.”

The album that bears that title marks a departure for Ramirez, who builds on the rootsy sound of his early albums to create something new, something bold, something anchored in the here and now. Scouting out unexplored music territory, these songs bounce around energetically, toying with new ideas and experimenting with new sounds, as barbed-wire guitars and retro-futuristic synths grind against his anguished vocals and evocative lyrics.

While he may describe the creative process as fun, Ramirez obviously has inherited a deep-rooted passion—one that will continue to drive him well into the future. “I’m not going to be so afraid to take risks in the future, like I have been in the past. I’ve been so stressed and concerned with every detail, but I learned to let that go. Let’s just have fun. Let’s get weird. I’ve never felt that way about my work. I still respect my older stuff, but I just didn’t want to be afraid anymore. That’s what I learned on this one.”