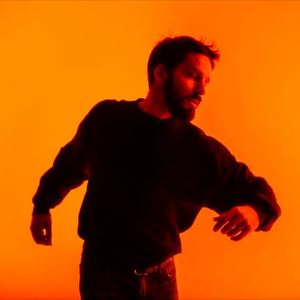 All Dizraeli & The Unmaster performances
Have tickets to sell? – Find out more

Bristol-born and London-based rapper, activist, producer and spoken word artist Dizraeli is back with
a new self-produced studio album and an explosive live band.
THE UNMASTER
Since its release, ’The Unmaster’ has been nominated for 2020 Album Of The Year in the Worldwide
Awards , seen continuous support from key tastemakers including Gilles Peterson (who called the
record “incredible”), BBC 6 Music (Tom Robinson), Radio X (John Kennedy), The Line of Best Fit ,
UKHH, Metro Online , Amazing Radio and Worldwide FM , to name just a few.
The album speaks of madness and collapse, struggle and redemption with searing honesty, surreal
humour and a soundtrack unlike anything you’ve heard. A dark, fierce hybrid of hip-hop, grime & West
African percussion, it is music to make sense of an insane world.
“A vital, poetic voice in UK rap” - THE LINE OF BEST FIT