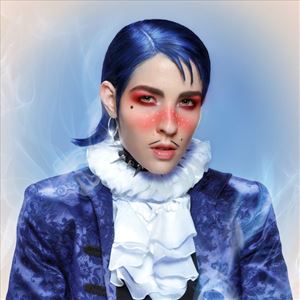 All Dorian Electra performances
Have tickets to sell? – Find out more

Fan-to-Fan Resale Tickets
After School Club proudly present an exclusive show with rising phenomenon Dorian Electra. Pushing pop's potentials to sonic and visual extremes, Electra has won over a legion of adoring fans (who have dubbed themselves the "Electralytes") with their gender-bending, anthemic bangers such as "Career Boy" and "Man to Man".
Their debut album "Flamboyant" is an "unapologetically over-the top work of experimental pop with a heavy-metal, baroque twist" which delivers and all-killer, no filler approach to the album format.
With an eye for the theatrical and an arsenal of hits at their disposal, Dorian Electra's Glasgow debut is one not to miss.