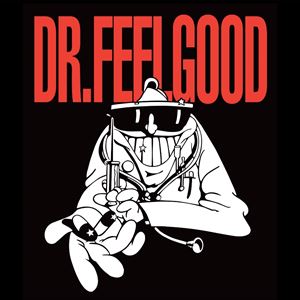 The last album to feature Lee Brilleaux - Down at the Doctors, was recorded live at the Dr. Feelgood Music Bar on Canvey Island, (now the site of the Oysterfleet Hotel) just two months before he died. The current line up features the rhythm section Kevin Morris on drums and Phil Mitchell on bass, approaching 27 years in the band and Gordon Russell on guitar who is now back with the band full time. Vocalist Robert Kane (formerly of the Animals) completes the line up.

2022 also sees the release of their brand new album 'Damn Right!', their first album of all original material. Up until now, the group have nearly always mixed covers with self-penned songs but for their latest release guitarist Gordon Russell and singer Robert Kane have come up with eleven new tracks meaning there's not a cover version in sight.