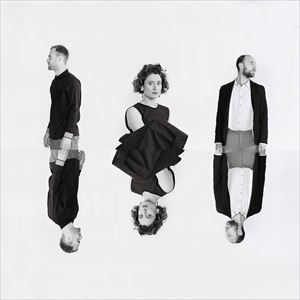 Elder Island
All Elder Island performances
Have tickets to sell? – Find out more

Carving out a genre-defying space for themselves in our musical landscape, Elder Island captivate with shapeshifting songs wherein textures matter as much as melodies, and lyrics are littered with crypticism. The trio’s music cherry-picks and transforms elements from genres as diverse as electronica, house, pop and neo-soul. The result is a web of sound that threads poetic lyricism and unfamiliar instruments over a backdrop of electronic elements and synth-heavy dance beats.

Elder Island are singer and cellist Katy Sargent, bassist and beat engineer Luke Thornton and guitarist and synth virtuoso David Havard. The trio met in Bristol during university and their respective studies in fine art, photography and graphic design have doubtlessly provided the band with its diverse creative sustenance.

Formed six years ago as an experiment-come-hobby, the city brought them together through house-shares and nights spent out dancing. Bristol’s genre-splicing music scene providing fertile ground for inspiration and opportunity. What began with casual jam sessions at home grew into something more serious when in 2014 an eponymously titled debut EP took off, giving reason for the band to concentrate more time on musical endeavours. In their following EP, 2016’s Seeds In Sand the band found their feet, and indeed, their sound. Where their debut EP had been an ambient soundscape of field recordings, loops and percussive elements, its follow-up was a more cohesive collection of five dance-influenced tracks.