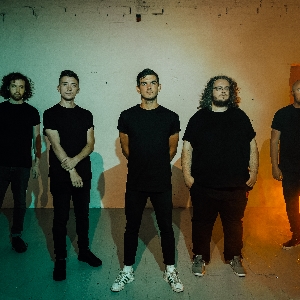 The Venue is not wheelchair accessible. Please contact the venue directly for accessibility enquiries.

The Multi-award winning indie folk quintet from the Highlands of Scotland make their way to Dumfries this October as part of the Scotland On Tour programme!

From humble beginnings in the Highlands of Scotland, to playing around the world, Elephant Sessions are celebrating their 10th year as band in 2022.

Creating a progressive blend of intricate tunes, engulfing guitars, with a bass and drum heavy backline, their music combines the very best of trad, funk and electronica, resulting in a new and exciting sound.

Since exploding on to the scene, the band have made live appearances at some of the most notable venues and festivals across the U.K, Europe, USA, Canada and Australia, including Glastonbury, Byron Bay Bluesfest, New York Tartan Week, Colours of Ostrava and multiple headline sell-outs at Celtic Connections.

‘For The Night’ is the eagerly anticipated fourth album from this award winning indie-folk band.

‘These Scots are using their instruments like weapons to destroy clichés...We love them’ Rolling Stone Magazine