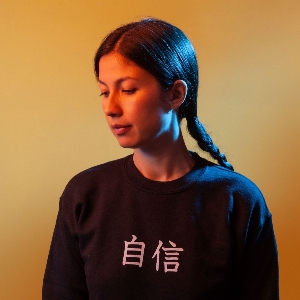 The Box at FarGo Village, Coventry

Emmy the Great
All Emmy The Great performances
Have tickets to sell? – Find out more

All companion/carer tickets must be booked by emailing thebox@fargovillage.co.uk or calling 02476252434

Wheelchair designated spaces are available, please get in touch by emailing thebox@fargovillage.co.uk or calling 02476252434 to inform us of your visit

Emma-Lee Moss is a London-based singer-songwriter, composer and journalist. As Emmy the Great, she has released four albums - First Love (2009), Virtue (2011), Second Love (2016) and April (2020). The Guardian described her as “one of the boldest young writers in pop.”

As a composer, she has written for TV, film, radio and stage. As a writer, she has contributed to the Guardian, Vice, British GQ and others. Emma-Lee is currently working on HEEL, a musical about female wrestling with the playwright Isley Lynn.

Moss was born in Hong Kong to a Chinese mother and English father, and raised in the UK. She sings in English, Mandarin and Cantonese.

In this special one-off show, Emmy the Great will perform a selection of favourite songs (new and old) to celebrate 15 years as a recording artist. Sunday Times described her latest release, April, as “the most melodically joyous of her career.”