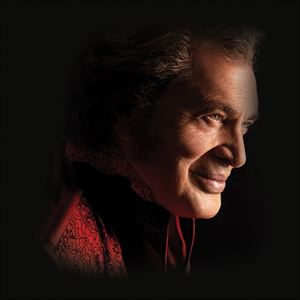 ENGELBERT HUMPERDINCK Sunday 4 May 2014 7.30pm Engelbert Humperdinck returns to the London Palladium with the 60 piece BBC Concert Orchestra for an evening of hits old and new. Engelbert has performed on the famous London Palladium stage many times but he well remembers an early appearance in 1967 when he was invited to appear on the tv show " Sunday Night at the London Palladium". It was a last minute booking as he'd agreed to stand in for singer Dickie Valentine who had gone sick. But it gave Engelbert the chance to sing his new recording of an old song - "Release Me". To date "Release Me" has sold 1.38 million copies. It was at number one for 6 consecutive weeks and even kept the Beatles' "Strawberry Fields/Penny Lane" double A side from the number one slot thus depriving the fab four of an 12th consecutive number one. Nearly 50 years on Engelbert is back at the London Palladium with some very special guests to sing an amazing catalogue of hits including "The Last Waltz", "There Goes My Everything", "A Man Without Love"; "Quando, Quando, Quando" as well as songs from his new duets album "Engelbert Calling". For this very special Palladium show he is joined by the BBC Concert Orchestra conducted by Mike Dixon and hosted by BBC Radio 2's own Ken Bruce.