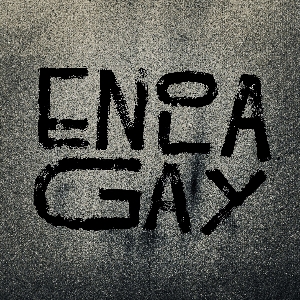 Enola Gay
All Enola Gay performances
Venue is located in a basement down a set of stairs without step free access.
Licensed bar. Please bring ID.
Elsewhere is less than ten minutes walk from Margate Train Station and less than a minute to nearby bus stops and taxi offices.

Enola Gay are a Belfast based Irish noise rock/post-punk 4-piece formed in late 2019. With socially aware
vocals and a bed of reverb-soaked buzz-saw guitar layered on top of a driving rhythm that
draws as much inspiration from left-field electronica as it does from post-punk heroes of the
late 70s / early 80s. Enola Gay have already crafted a unique sound that has drawn
widespread acclaim from key industry figures and music fans around the globe, culminating
with them being chosen to perform at IMW, ESNS, and SXSW.

Quickly following their second single ‘Sofa Surfing’ that lead BBC 6Music’s Steve
Lemacq to tout them as one of the next big acts, in addition to performances at the
well-established and highly regarded showcases, Ireland Music Week, Eurosonic
and SXSW, Belfast mob Enola Gay make their highly anticipated return with the
nosier and heavier track ‘Through Men’s Eyes’. Recorded in January 2020 with Chris
Ryan (Just Mustard/NewDad/ Robocobra Quartet), Enola spill their disgust with the
Ulster Rugby rape trial, held in their hometown of Belfast; how it was handled, their
disdain for lad culture and how the justice system is rigged against women.

"Wow that is terrific- I think my head might explode! I'm not sure I'd be able to cope." - Steve
Lamacq, BBC 6Music

“…this is no retread - their songs are powering them into vicious new places.” – NME