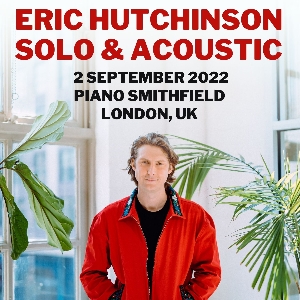 Eric Hutchinson is an international platinum-selling singer, songwriter and seasoned touring artist. He has performed in all 50 states and has shared the stage with acts such as Jason Mraz, Amos Lee, Ingrid Michaelson, O.A.R., and Michael Franti. His single “Rock & Roll” earned him his first gold record in the United States and the song became a #1 hit in several countries.

Returning to the United Kingdom for the first time in several years, join Eric for this very special show at Piano Smithfield, London.