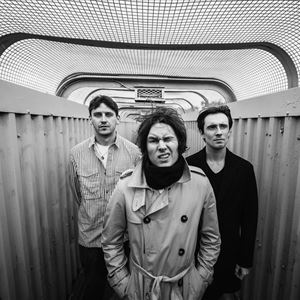 All False Heads performances
Have tickets to sell? – Find out more

After having their music featured on BT TV’s playlist, Soccer AM, not to mention constant radio support from Jack Saunders (BBC R1), Rodney Bingenheimer (Sirius XM), Steve Lamacq (BBC 6 Music), Gordon Smart (Radio X), John Kennedy (Radio X) and Huw Stephens (BBC R1) to name a few, False Heads’ reputation is picking up more pace than ever, with support from some of the biggest names in the business.

It’s no secret that ex-Ramones manager Danny Fields has deemed them “one of the best live bands in the world,” whilst Iggy Pop said “they are young and talented and going places...if they came to my town I’d show up for that, if they come to your town you might wanna show up.”

Playing alongside Queens Of The Stone Age, The Libertines, David Byrne, Band Of Skulls, Frank Turner and ‘A’ is now something of the norm for False Heads.

"Unapologetically chaotic...False Heads have really hit the nail on the head with this one" - CLASH [8/10]