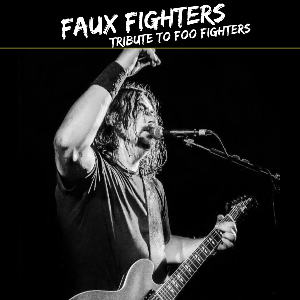 The Faux Fighters is the brain child of front man Jamie Deighton who spent 12 months in Seattle back in the mid 90’s and discovered the then newly formed Foo Fighters . 10 years later he finally put together a tribute to his hero . The band played it’s first gig in November 2008 and toured up and down the UK for 5 years gigging tribute venues, festivals and private functions. Following a 2 year break the band are back together, bigger and better. Expect all the foos classics and some album tracks for the hard-core fans. The UK’s ultimate tribute to the Foo Fighters with a look and sound a like Dave Grohl bring the feel of a stadium gig to your venue.