Flash - A tribute to Queen 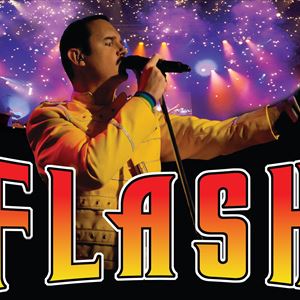 FLASH
All Flash - A Tribute To Queen performances
Have tickets to sell? – Find out more

Flash (formerly called QE2) is surely the best Queen tribute act in the UK with fans across the country and further afield. There is not one member of the audience who saw them at The Northcourt on that hot August night in 2016 who would disagree, they gave a brilliant performance. They achieve the almost impossible by celebrating and replicating the wealth of talent that came together in Queen. Their performances mimic with breathtaking accuracy, the style and excitement of a LIVE Queen concert. They recreate the raw power the pomp and majesty of Queen with Freddie Mercury in his and their heyday.